Don’t Let A Spider Cause A Car Accident 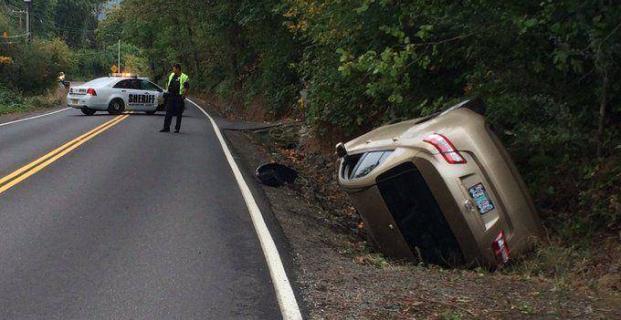 In an age where voice commands have taken over mobile device operations, you would think accidents due to distracted driving would be minimal, right? Wrong. According to the CDC, about 9 people die and more than 1000 others injured in accidents caused by distracted driving. While some of the distractions such as eating, texting, talking on your phone, and using navigation systems can be avoided, there’s no telling when others beyond your control might pop up.

Hopefully, you will react better than a Portland, Oregon driver whose car crashed after a spider dropped from the rearview mirror in October. 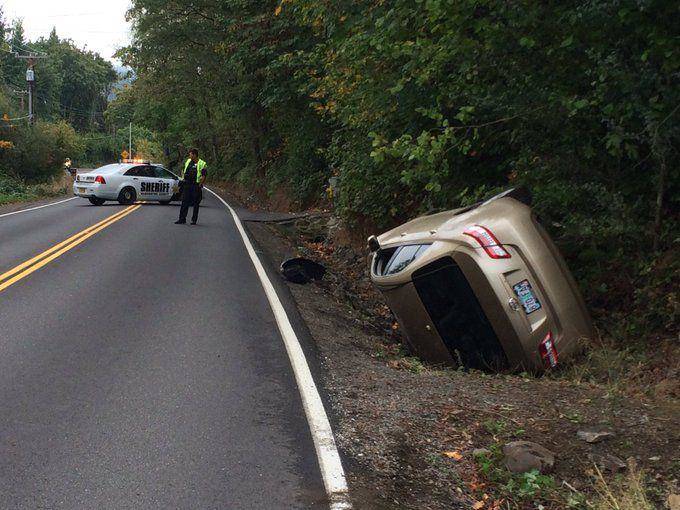 According to the County Sherriff’s office, the driver lost control of the vehicle totaling it luckily only sustaining minor injuries in the process. The spider, which caused the accident, is still at large.

What to do when suddenly surprised while driving

While driving, unknown circumstances may require a driver to quickly react. Some of these situations include:

Spiders or other creepy crawlers

Spiders are some of the most feared bugs throughout the world. These and other bugs like places where they can be sheltered from the elements. This includes your vehicle. Spiders and other arachnids & insects like to hide in the air vents, behind the side-view mirrors, or in any other crawl space in your vehicle. When you spot a spider inside your vehicle, the natural instinct is to stomp on it or swat it. Doing this only makes you more frantic and agitates the insect increasing the chances of biting you. Remember the old saying “it’s more afraid of you than you are of it”. Also, keep in mind that the spider is far less dangerous than a vehicle on the road. If this happens to you, try your best to compose yourself. If you do have to smash a spider, pull over before you do.

Hitting a deer or any other animal while driving could be disastrous to both you and the animal. Animals are unpredictable and often panic at the sight of an oncoming car. When an animal suddenly appears on the road, most drivers tend to turn the lights bright and try to swerve to avoid hitting the animal. Stay vigilant by keeping an eye out for road signs alerting you of crossing animals. Thinking ahead and being alert and prepared reduces your chances of hitting an animal. Should you see an animal, experts recommend quickly check your rearview mirror to see whether there’s an approaching vehicle. Slow down and avoid hitting the brakes too hard as your car could end up skidding. If the vehicle comes from the left, steer your car towards the left outer edge. This encourages the animal to move across the road quickly. If a collision is inevitable, brace yourself for impact while slowing down. After impact, park by the roadside and turn on the emergency flashers. Stay inside your vehicle as the injured animal could be dangerous. Call emergency services as well as your insurance company.

Glare from oncoming vehicles can temporarily impair your vision. Experts recommend that you keep your eyes on the lane lines or the road’s painted marks. Look down and keep your eyes slightly averted to your right-hand side to avoid direct glare from oncoming vehicles. When driving at night, take regular breaks to relax and rest your eyes. If you’re feeling sleepy, it’s best to stop and take a long rest. In situations where visibility is impaired by fog or smoke experts recommend driving slowly and allowing for increased stopping distance. Turn your lights on so other drivers can see you through the fog/smoke. Never turn on your brights in fog as this will actually make it harder for you to see. If your vehicle has fog lights turn them on to improve your visibility and increase the odds of other drivers seeing you.

Take general safety precautions seriously. These may include not over speeding, minimizing distractions while driving, and putting on your seatbelt. Should an unprecedented situation present itself, try to keep a cool head. Try to react intentionally rather than instinctively. Decelerate and park by the roadside to kill the spider and regain your composure. Even if you’re cautious and practic every safety precaution, you could still experience a car accident injury. If you do and experience a neck or spinal injury, consult a car accident chiropractor for the best course of treatment in order to recover quickly and completely.